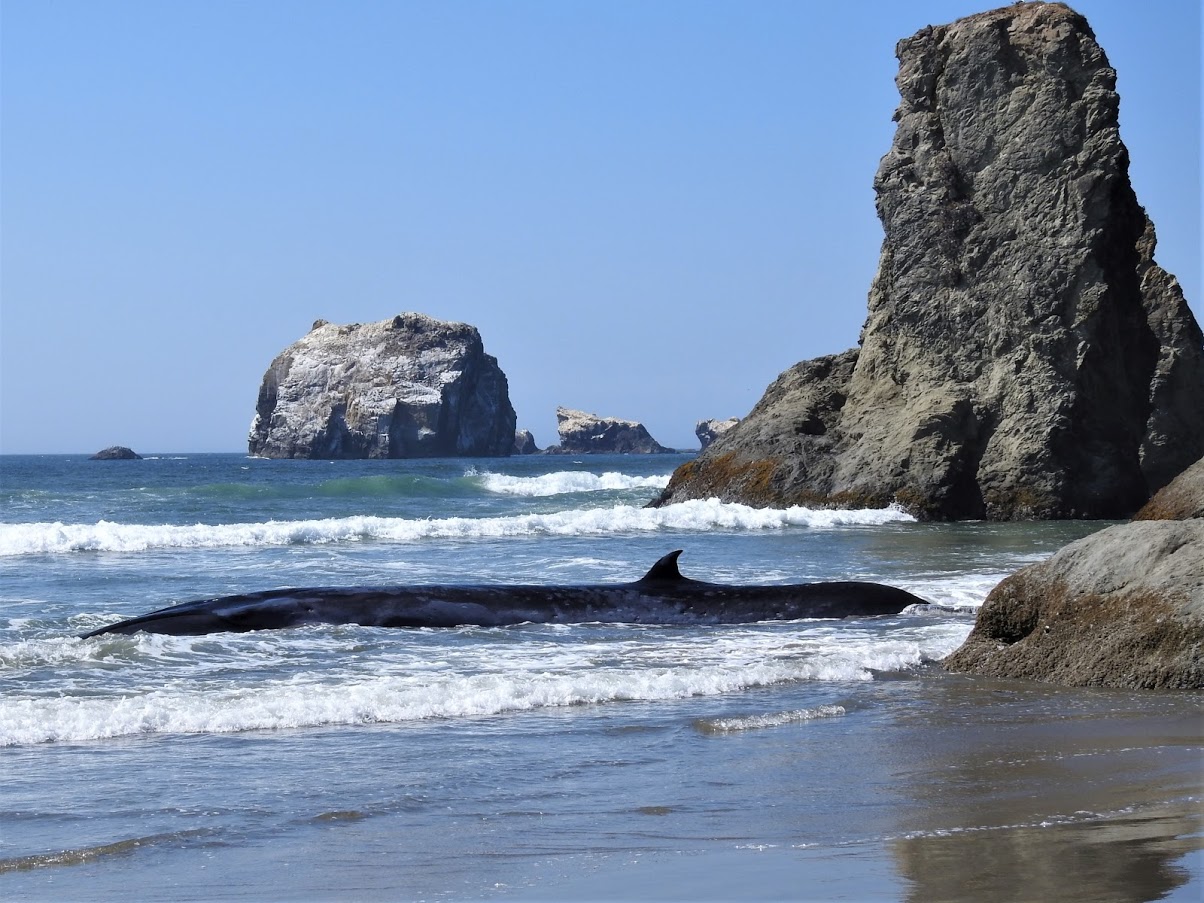 CoastWatch actively assists the Oregon Marine Mammal Stranding Network in tracking marine mammals on our shores, alive or dead.  There is a form for reporting such events in the CoastWatch section of this website.  More knowledge will lead to better observations, so CoastWatch is sponsoring a background talk, “Marine Mammals Ashore—Responding to Strandings in Oregon,” by Jim Rice, the network’s director.  The online presentation, free and open to everyone, takes place on Tuesday, May 11, at 6 p.m.

Stranding events offer a wealth of information to researchers and resource managers by providing valuable insights into the lives of marine mammals, including seasonal distributions, natural history, population health, environmental contaminant levels, cases involving human interactions, and the incidence of disease. Jim will provide an overview of the work of the Oregon Marine Mammal Stranding Network, present a summary of stranding trends and case investigations, and discuss ways to get involved. He will provide a particular focus on Coos County strandings, which would include those from Horsfall Beach to Bandon.

Jim Rice serves as the Stranding Program Manager for the Marine Mammal Institute of Oregon State University at the Hatfield Marine Science Center in Newport. Jim began his career as a marine mammal trainer at the Mystic Marinelife Aquarium in Connecticut, and later worked as an animal keeper at the Roger Williams Park Zoo in Providence, Rhode Island, where he studied cognition in California sea lions and African elephants. He later served as a biologist with the New England Aquarium in Boston, where he coordinated marine mammal and sea turtle stranding response, oversaw husbandry and medical care to animals in rehabilitation, performed necropsies, and conducted studies of harbor porpoise habitat use of Boston Harbor. He has managed the Oregon Marine Mammal Stranding Network since October 2005.

This event is co-sponsored by the City of Coos Bay and the Oregon Parks Foundation Fund.

Registration details are not yet available.  They will appear here when they are.  Mark your calendars, and watch this space.