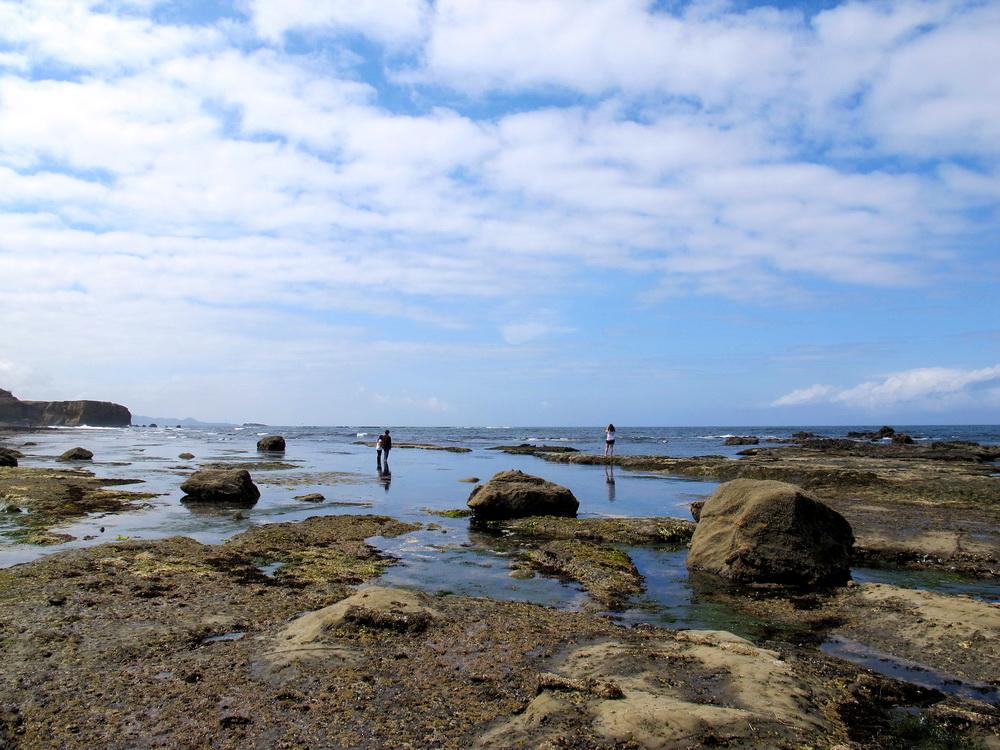 On June 1, we finally began the "site designation" process, the long awaited opportunity for the public to shape the state's emerging Rocky Habitat Management Strategy by proposing special levels of protection for key rocky intertidal and offshore areas.  Between now and December, individuals, groups, and communities can campaign to have important stretches of rocky shores designated for Marine Education, Marine Conservation, or Marine Research.

Oregon Shores will pursue higher levels of rocky shore habitat protection in two ways.  We will take the lead in campaigning for particular sites.  We are firming up plans to work on a number of sites, with board members taking the lead in some cases.  We will announce our areas of focus soon--watch this space.  Through CoastWatch, we will also provide information and support to members or others developing proposals for additional sites.

More than two years ago, Oregon Shores successfully urged the state’s Ocean Policy Advisory Council (OPAC) to begin a review of Oregon’s policies protecting rocky intertidal habitat on the coast.  As we argued, these policies hadn’t been reviewed since the 1990s, and the plan that had been adopted then had never been completely implemented.  OPAC agreed, and a working group was formed.  It has been a long process, with many steps (in which Oregon Shores has participated all the way), but a penultimate draft of a new Rocky Habitat Management Strategy is now on the table.  A public comment period ended March 28.  The Rocky Habitat Working Group of OPAC considered the comments and then approved a final draft.  And finally, on May 6, OPAC adopted the plan, and a key change:  the public phase of the site designation process, through which particular areas are recommended for special levels of protection, has been extended through December at least, to allow for the difficulty for the public to organize during the period of coronavirus restrictions.

There is one more step toward formal adoption.  The Land Conservation and Development Commission (LCDC) will eventually consider and vote on OPAC's adopted strategy.   But first, the "site designation" process takes place.  Oregon Shores and CoastWatch will be deeply engaged in this process.  Then, once nominations of sites for special levels of sites is completed, LCDC will consider the plan together with these site designations. When LCDC acts, this years-long effort to update the state's management of rocky marine resources will finally be complete.

Oregon’s headlands, tidepools, rocky beaches, cliffs, and offshore rocks (collectively about 41% of the state’s 362-mile shoreline) are managed by multiple state and federal agencies using a coordinated framework, known as the Territorial Sea Plan (which comes under Goal 19 of the state’s land use planning program). Part 3 of this plan, the Rocky Habitat Management Strategy, aims to help sustain and support the use and health of rocky habitat resources. It is this strategy that is currently undergoing an update to assure its goals are being met.

To review the Rocky Habitat Mapping Tool, which will be used in the site designation process, go here:  http://oregon.seasketch.org

Visit https://OregonOcean.info for more information and updates, including a schedule of upcoming public presentations.  You will also find information about public comment sessions or webinars in our calendar.